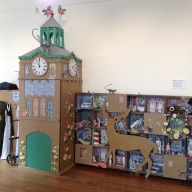 March the 3rd marked the unveiling of a heritage art show that we took part in called Behind the Wall based on the history of the Caton Road building now used by Standfast & Barracks. The project was dreamt up by Mirador and was partly ACE  funded. We contributed with five other artists including Michael Brennan Wood, Darren Andrews, Carolyn Bartlett, Katie Duxbury, Jon Randall and Adam Clarke all of whom brought their own interpretation of the site to the exhibition. 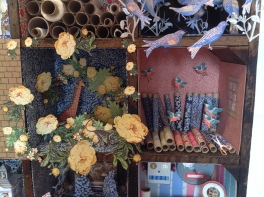 The building  is now a print and dye works but has had numerous uses over the years including  wagon works, temporary army billet in WWI and a POW camp and has an impressive clock tower designed by Edward Paley. We decided to recreate the clock tower as a time machine, the idea being that you dress up in period costume provided and climb inside the clock tower and off you go back in time! We also made 3D Clock Tower model kits which are available in the museum shop. 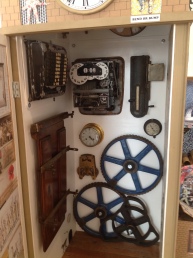 The locker room houses the costumes and the pigeon holes piece compartmentalises the various times and uses. We had access to Standfast’s beautiful pattern archives which we incorporated. 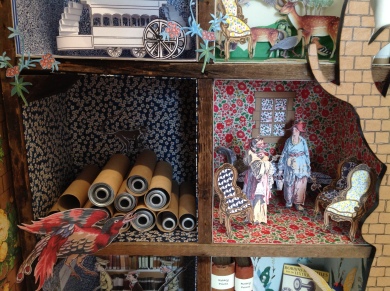 The show  is made up of very individual site responsive pieces including Standfast in Minecraft, period costume made from contemporary printed fabrics, embroidery, photography and film and is interspersed with swathes of fabric printed with the historical timeline. 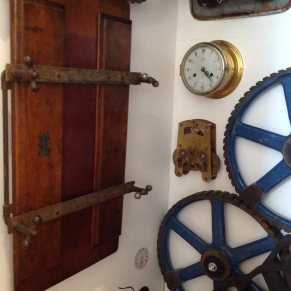 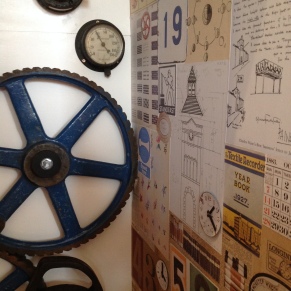 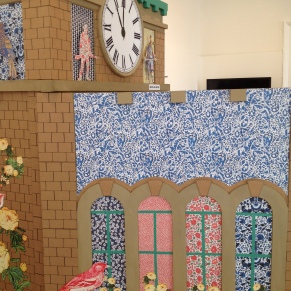 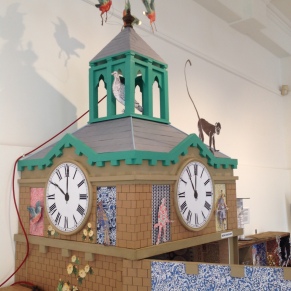 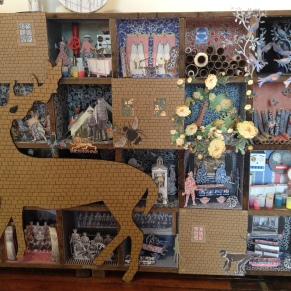 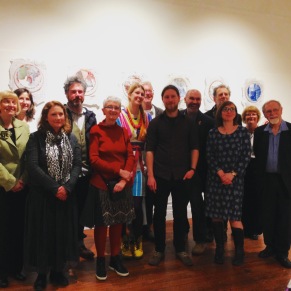 The exhibition is free, on until May 1st and you can come along to a free Clock Tower model making workshop for families on March 25th 11- 3pm at Lancaster Museum. 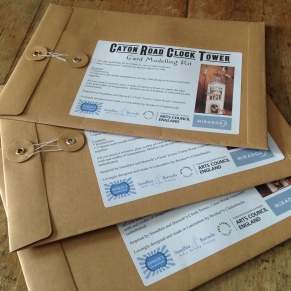